Organic search engine optimization has long been regarded as a better way to generate clicks and leads than paid ads like those offered by Google Adword campaigns. But there’s been a fairly dramatic shift recently that may change the focus of companies trying to generate inbound traffic from search campaigns.

Wayfair.com, an e-commerce giant in the home furnishings and décor space, published some findings on Moz.com earlier this month that demonstrates just how much paid search has impacted their traffic over organic.

In the case of mobile traffic, one of the most important platforms in capturing today’s digital audience, they’ve seen a 55 percent higher click-through rate on paid clicks versus organic from 2017 to 2015 (see below). 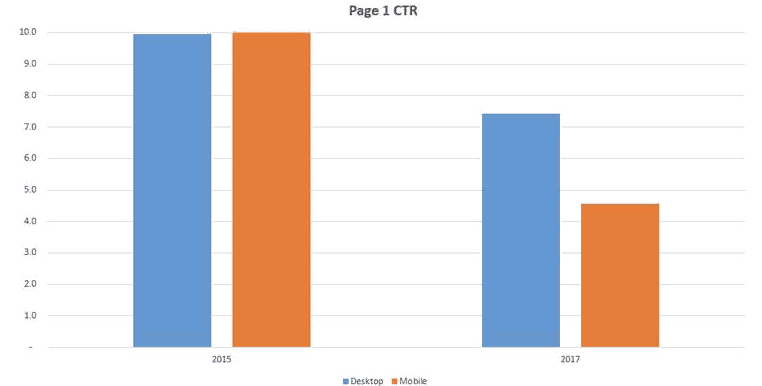 If you’re seeing a loss in traffic despite having solid organic keyword rankings, get in touch today and we’ll perform an audit to see how much paid traffic you could expect and what a budget would look like.

Planning to bulk up your Google reviews? Read this first.

Curious about which tool is right for you? Reach out and we’ll get in touch asap.