After an estimated 87 million Facebook users had their data compromised and Facebook founder and CEO Mark Zuckerberg sat in the hot seat before Congress, many companies are wondering what the future holds for the social media giant.

These recent events have raised questions for companies (you) and marketing agencies (us) who use Facebook’s targeting technology to enhance the effectiveness of our ad campaigns. To help you sort through the implications, we spent some time answering the key questions. Here’s what we know, what we expect and what we can do about it:

Last month the news broke that Cambridge Analytica, a political consulting firm based in the United Kingdom, allegedly acquired and used Facebook user data inappropriately. It’s claimed this data was scraped from the personal data of Facebook users using a quiz-based app. Not only did the ploy capture data from users who took the quiz, it also compromised the data of many of their Facebook friends. This amounted to an estimated 87 million Facebook users being impacted.

What does it mean?

Facebook users learned that their data is not protected, and Facebook pledged to make major changes to the platform’s privacy functions. For companies that take advantage of Facebook’s powerful targeting capabilities, this could mean a significant pivot to their strategies.

Over the next six months, Facebook will be removing the ability to target based on data supplied by third-party data providers, referred on the platform as Partner Categories.

While this seems like a hard blow to advertisers that rely heavily on Facebook’s targeting criteria, the truth is that this change could prove to be a win-win for users and companies that want their attention. The better you know your customers and audience, the better you’ll be positioned to see high performance from your Facebook campaigns after these changes.

What can we do?

The same thing advertisers should always be doing: the right thing by your customers. Here are some examples of how to reach your audience on their terms.

If you’re posting thoughtful, engaging content on Facebook, your audience will respond by liking, commenting and sharing. Once they do this, you can segment them into a custom audience and continue to nurture them through your sales funnel.

This audience can be built with users that:

These users have already shown interest in your content, so show them some interest back! The best part about this strategy is that it will cost less than using third-party data, and produce better results because your audience has interacted with your brand.

What happens when your target customer visits your website but doesn’t fill out your contact form or call you? Usually nothing — unless you’re remarketing.

Remarketing lets you track users from your website to their Facebook profile, and serve up content to them with an ad. Similar to custom audiences, this is a person that has already shown interest in your company by way of visiting your website. When you remarket your best message and value proposition to them, you stand a much higher chance of converting them to a customer.

Just as the name implies, first-party data is what you bring first to Facebook versus using the data of a third party that’s already there. Chances are you have already done this and are actively collecting this data.

It can be your customer email database or prospect email addresses that are submitted through your website via contact form. By building audiences based on information users are willingly providing, you have a strategy that scales easily and cost effectively.

While there’s little doubt that major changes are coming as a result of this breach, there’s even less doubt that Facebook will do everything in it’s power to maintain its popularity among advertisers. Here’s why: in 2017, advertiser-related income made up 98 percent of its global revenue.

Expect Facebook to do a much better job protecting its users’ data, but at the same time, expect as much, if not more, energy and effort to keep advertisers happy (and spending).

If you still have questions about what will happen to your company’s Facebook campaigns and want to make sure your strategy stays on track despite the new changes, get in touch with the team at BroadBased. 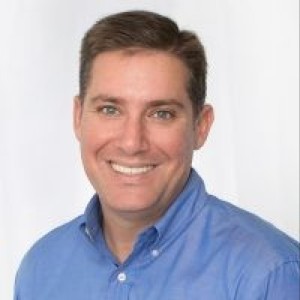 Chris Ramaglia leads our digital strategies at the agency. He has more than 17 years' experience with online lead generation, holds nine digital marketing certifications, and has a borderline obsession with helping our clients smash their new business goals.